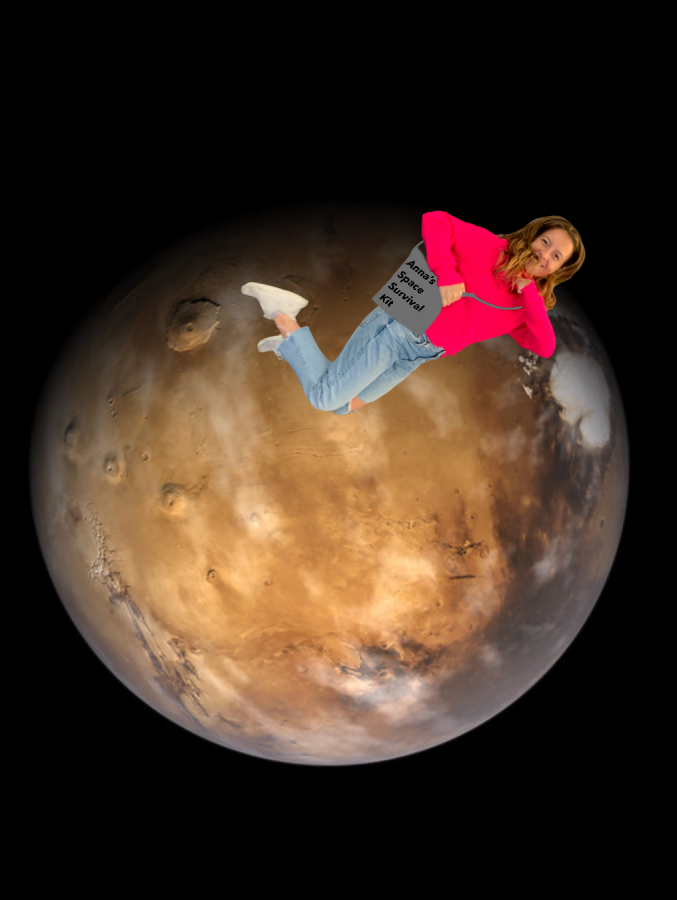 Anna Keneally is ready to take on Mars after reading "The Martian" by Andy Weir.

If I were trapped on a deserted island with three people of my choosing, I would pick Hermione Granger, John Mulaney and Mark Watney. Mark Watney would probably think that an island escape would be a cakewalk compared to what he endured: left on Mars, thought to be dead, with the odds stacked against him in one of my all-time favorite books, “The Martian” by Andy Weir.

During an intense storm, the crew of Ares 3 was required to abandon the Mars mission only on day six of the originally planned month-long mission. On the way back to the ship, Watney was struck by debris causing a breach in his suit. He was presumed dead and left behind. Much to his dismay, Watney did not die and was trapped with no way to tell Earth that he was still alive. However, we get a glimpse into his experiences through a written log he keeps.

The book is extremely science-heavy and definitely not your classic novel. If you are not interested in heavy explanations, this book is not for you. But, if you are not sure, I highly recommend you give it a try. Had Hermione Granger or even John Mulaney been writing his log, I would have put it down, but there is no better narrator than Mark Watney. He is hilarious in a cynical type of way and there are too many good one-liners to pick a favorite.

The story flips back and forth from a first-person perspective in Watney’s log to a third-person perspective of Earth and the crew of Ares 3. Through this, we get to see the full picture. It also shows how Watney, despite his dire situation, keeps his humor. I know that people have seen the movie, but the internal monologuing and scientific explanations are lost in a film format. Although the explanations were omitted for good reason — it would really kill the movie’s vibe — this explanation adds another layer of depth and reality to the book. It is hard to believe that Watney doesn’t exist because the book makes it so believable that the mission actually did happen.

Right now, as crazy as it may seem, we all are a little bit like Watney; Isolated, to a degree at least. Communication may seem out of the realm of possibilities and things may look hopeless, but we can learn from Mark. You do not need to make the best out of a bad situation, because sometimes bad situations cannot be made better and sometimes it is hard to see the light at the end of the tunnel. Focus on the now, one foot in front of the other, it does not matter if you are stuck on Mars or stuck in a pandemic.