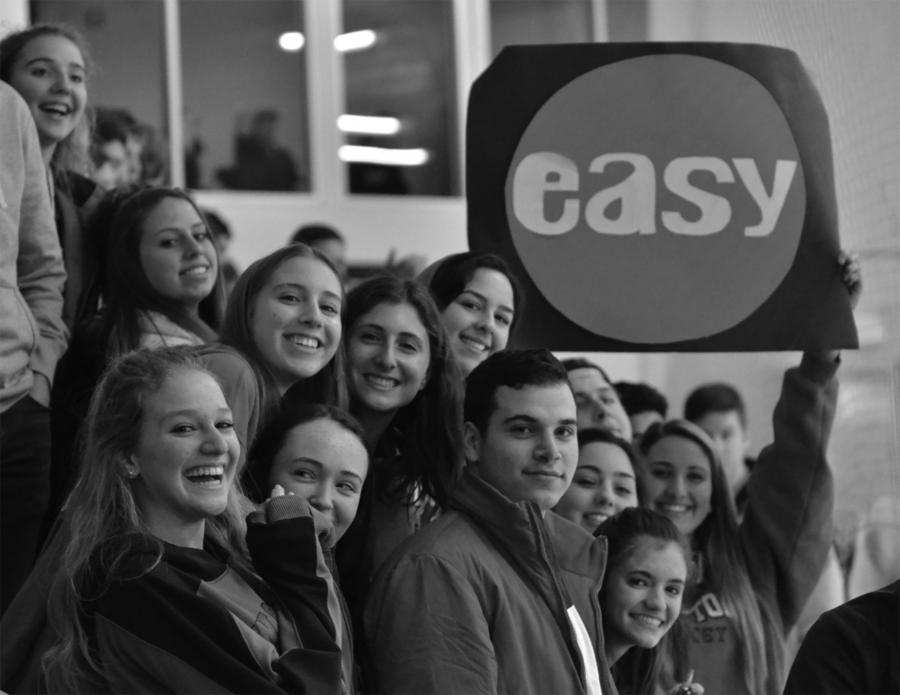 While hockey games always attract a big crowd, the games this season are unparalleled to other years. Large crowds swarm in 10 minutes before the game and they bring the noise with them.
One reason the games are so exciting this year is because of the level of talent this team possesses. Senior Nic Band, a four-year varsity player, is the leader of this team and has scored five goals this season in five games while playing defense. Band’s big hits energize the crowd throughout the game. Band’s physical play has impacted his team positively and he led the team in penalty minutes served with 28 in five games. Band’s brother, Hunter, is an explosive player on the ice and to use his finesse when he plays. The sophomore has scored seven goals this season and has assisted six goals as well. While not as physical as his older brother, Hunter has only served four penalty minutes. “I’m not as strong as my brother so I can’t use that to my advantage but I will be stronger than him soon,” Hunter said.
The Patriots have another secret weapon, sophomore John Billingsley, who has been sidelined with a hip injury. While he has only played one game, he had two assists and the way he glided on the ice and dodged defenders brought joy to all who watched.
Another reason why the games are so fun this year is the school spirit that the year’s classes seem to bring to the games. Every game, no matter the opponent, the bleachers are full and finding a spot to sit is impossible for those who show up late. Senior Benson Child leads the chants most games while fellow senior Justin Pykosh helps out. “I love it. I love cheering my boys on, especially the beautiful Ben Murk,” Child said. “I really like it when I make a chant and literally every student chants it back at me. We are so loud and it affects the other team.”
The crowd has had a pronounced effect on the opposing teams. After the Patriots faced off against Quince Orchard, the Quince Orchard community was shaken by our fans’ intensity and requested that it be stopped. “They can’t stop us, no one can stop us,” Pykosh said.
This year’s games have been something that students look forward to attending. Kids flow in minutes before puck drop and bring intense energy. The energy of the crowd is matched by the energy in the crowd and the boys’ keep the crowd going throughout the game.