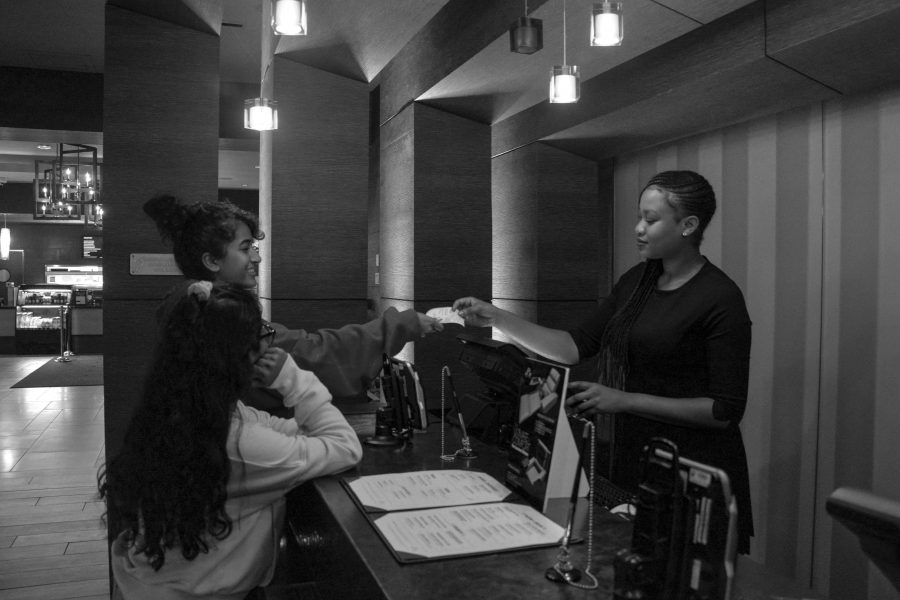 Ah, the movie theater: A place of refuge from the monotony of our daily lives. We’ve all enjoyed an evening in a crowded auditorium overtaken by the scent of buttered popcorn and overpriced candy.
Recently, Montgomery County has witnessed a renaissance of theaters as more and more luxurious moviegoing experiences have popped up around the area. While these theaters provide unforgettable locations to enjoy film, some students at this school find the entire environment from tickets, concessions and other amenities ridiculous.
Rockville Regal: The least flashy of the theaters, Rockville Regal is a MoCo staple. Located in the busy Rockville Town Center, this theater is a popular spot to catch the newest flick in a comfortable environment. Similar to the Bethesda Row theater in downtown Bethesda, Rockville Regal is an underground theater, with each auditorium housed beneath the surface. This theater also sports comfortable, plush chairs and a typical but fantastic theater concession food lineup. All in all, Rockville Regal is a reliable theater for a satisfying moviegoing experience without a overwhelming emphasis on grandeur. “All the news theaters are too expensive and just extra and I prefer the cheaper options, like Rockville,” senior Kayla Hill said.
Arclight: Avid shoppers of Montgomery Mall, and the general public alike, were ecstatic when Arclight Cinemas opened four years ago. The high-end, Los Angeles-based theater chain has elevated the MoCo moviegoing experience significantly with its gourmet food options and reserved seats, as well as its convenient location within the boundaries of Montgomery Mall. Not to mention, their widescreens have brought visually-stunning films like Interstellar and Black Panther into another level unreached by other, less sophisticated theaters such as Rio AMC and Germantown Regal. However, Arclight’s high-priced tickets have caused some moviegoers to avoid the theater altogether. “Lots of my family and friends love the nicer theaters and I will go to one if it’s for a movie I am really looking forward to,” senior Liam Hall said.
iPic Pike & Rose: One of the county’s most controversial developments, iPic Pike & Rose is glamorous theater for anyone lucky, and fiscally-enhanced, enough to attend. The experience is intoxicating and magical. Where else in public would one be served a variety of food from nachos to kabobs to pizza and have the option to relax in recliners piled with blankets and pillows? iPic is simply marvelous as a luxury but as a theater, the entire process is not faithful to the formula made so successful by early cinemas a century ago. While it’s nice to kick back (literally) and enjoy one of the hottest new films in chest-pounding surround sound, there’s something nostalgic about an old theater with squeaky seats and big buckets of popcorn coated with butter and salt. iPic isn’t bad by any means but its existence makes theaters of yesterday an endangered species. “It’s not a movie experience. I just want to sit in a chair and eat my Bunch-O’-Crunch,” senior Matthew Winson said.